Oh, God… Inspirational? Hillarious? Heartwarming? All that for just one movie? Apparently, it’s possible, because the upcoming Ben Lewin‘s drama titled The Sessions is really something special. And to show you all that, we have the first poster and trailer for the movie which opens this October, so make sure you check it out… The whole thing is based on the poignantly optimistic autobiographical writings of California-based journalist and poet Mark O’Brien, and tells the story of a man confined to an iron lung who is determined – at age 38 – to lose his virginity. With the help of his therapists and the guidance of his priest, he sets out to make his dream a reality. I know this sounds completely weird, but hey – first of all, this is not an easy story, although they sure managed to make it look like one. Second thing, we have an extraordinary John Hawkes and Helen Hunt as the leads, as well as the great supporting cast which includes William H. Macy and Moon Bloodgood. At the end, let us also mention that The Sessions premiered at the 2012 Sundance Film Festival and won the Audience Award: Dramatic and US Dramatic Special Jury Prize for Ensemble Acting. The movie is now set to open on October 19th, 2012. Let us know what you think! 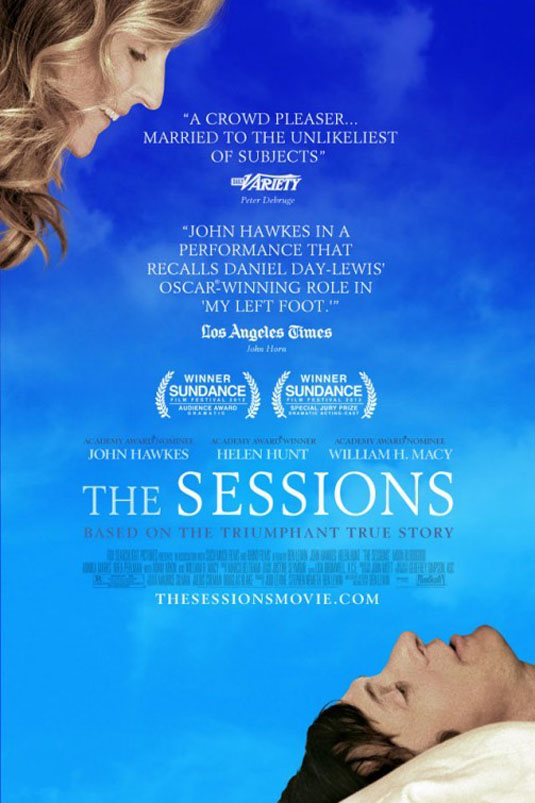