British horror thriller – even this sounds creepy enough for me and after watching the trailer for the upcoming Kill List – I’m definitely excited about the whole thing! Not to mention they already say this movie is one of the scariest hit man movies and one of the best British thrillers in years as well. So, yeah, I’m definitely in!

Kill List follows an ex-soldier turned contract killer Jay who eight months after a disastrous job in Kiev left him physically and mentally scarred, gets pressured by his partner Gal, into taking a new assignment. As they descend into the dark, disturbing world of the contract, Jay begins to unravel once again – his fear and paranoia sending him deep into the heart of darkness. Movie comes from director Ben Wheatley while Wheatley & Amy Jump are behind the script. Kill List, which stars Neil Maskell and Michael Smiley, first premiered at the SXSW Film Fest and also played at TIFF and Fantastic Fest. Let us know what you think about this trailer and don’t forget – Kill List opens on February 3rd, 2012. 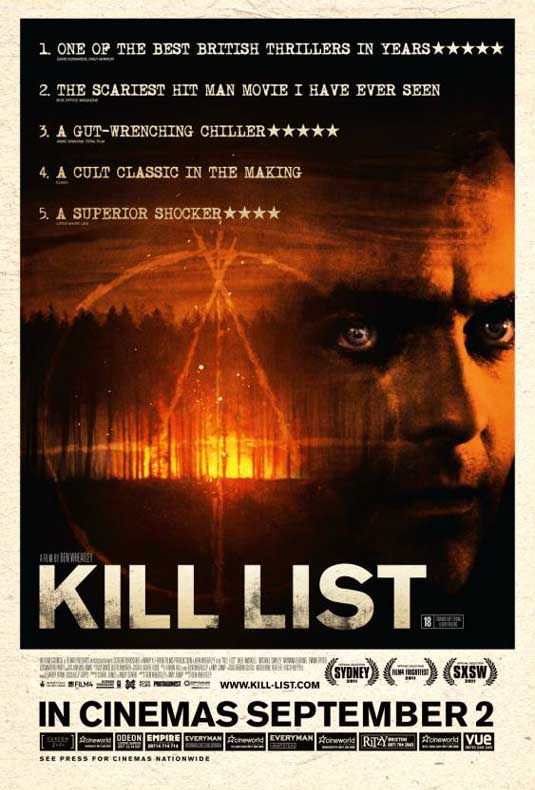 Continue Reading
Advertisement
You may also like...
Related Topics:Ben Wheatley