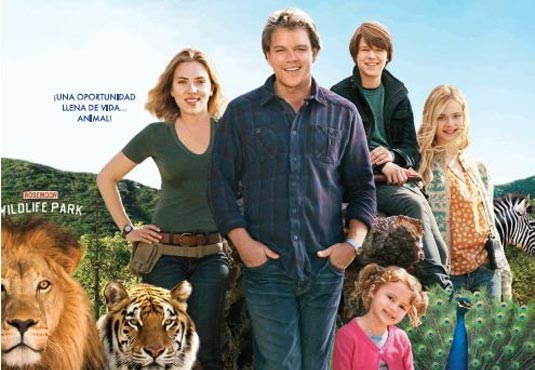 Fox has put up the first  TV spot for We Bought a Zoo. Cameron Crowe (Jerry Maguire, Almost Famous) directs an amazing and true story about a single dad who decides his family needs a fresh start, so he and his two children move to the most unlikely of places: a zoo. Aline Brosh McKenna and Crowe wrote the script, based on the Benjamin Mee memoir.