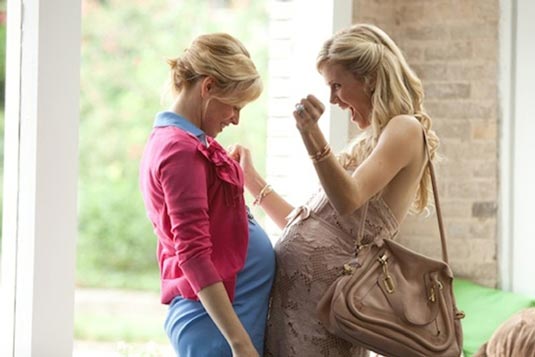 Lionsgate has released the first clip from What to Expect When You’re Expecting, which features Ben Falcone and Elizabeth Banks revealing that they are expecting to surprised couple Dennis Quaid and Brooklyn Decker, who are also having a baby. Have a look.