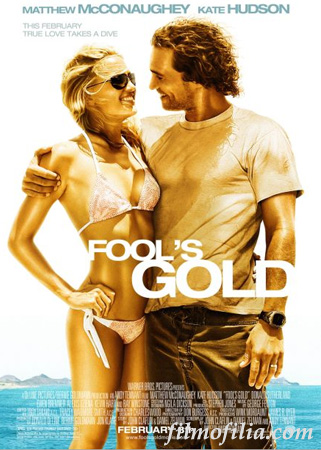 Ben ’Finn’ Finnegan (Matthew McConaughey) is an affable, modern-day treasure hunter who is obsessed with finding the legendary 18th century Queen’s Dowry-40 chests of priceless treasure that was lost at sea in 1715. In his quest, Finn has sunk everything he has, including his marriage to Tess Finnegan (Kate Hudson). Just as Tess has begun to rebuild her life, working aboard a mega-yacht owned by billionaire Nigel Honeycutt (Donald Sutherland), Finn discovers a vital clue to the treasure’s whereabouts. Much to Tess’ consternation, Finn maneuvers himself aboard Nigel’s yacht and, using his roguish charm, convinces the tycoon and his celebutante daughter, Gemma (Alexis Dziena), to join him in the pursuit of the Spanish treasure. But they are not the only ones after the prize. Finn’s one-time mentor, Moe Fitch (Ray Winstone), and a ruthless local gangster (Kevin Hart) are intent on beating Finn to the prize. Let the treasure hunt begin… Director: Andy Tennant Screenplay: John Clafin, Daniel Zelman Release date: 8 February 2008 (USA) watch the trailer after the jump ‘Fool’s Gold’ trailer
Continue Reading
Advertisement
You may also like...
Related Topics:Donald Sutherland, Kate Hudson, Matthew McConaughey