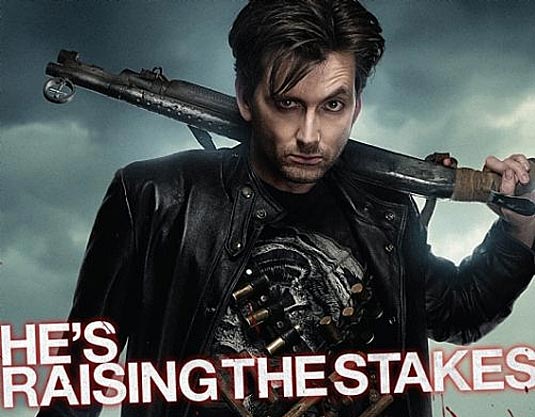 We have added four new international posters  for DreamWorks Pictures upcoming reimagining of the 1980’s horror movie, “Fright Night“. Based on the 1985 original and given an updating from Buffy the Vampire Slayer TV series writer Marti Noxon, Fright Night still follows high school student Charlie Brewster (Anton Yelchin) who finds out that his new neighbor, Jerry Dandridge (Colin Farrell), is a vampire. Once Jerry discovers that Charlie knows the truth, he must protect his mother (Toni Collette) and girlfriend (Imogen Poots) from Dandridge. 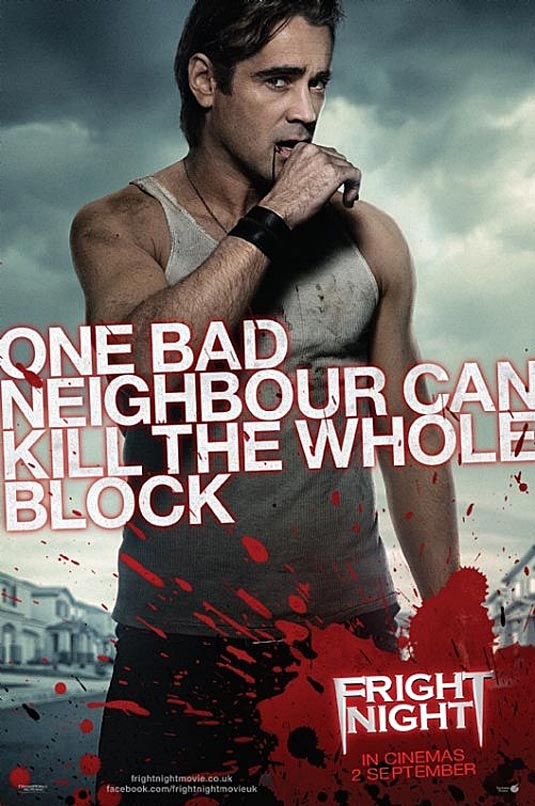 Colin Farrell, “Fright Night” Poster Here’s the official synopsis for Fright Night: Senior Charlie Brewster (Anton Yelchin) finally has it all—he’s running with the popular crowd and dating the hottest girl in high school. In fact, he’s so cool he’s even dissing his best friend Ed (Christopher Mintz-Plasse). But trouble arrives when an intriguing stranger Jerry (Colin Farrell) moves in next door. He seems like a great guy at first, but there’s something not quite right—and everyone, including Charlie’s mom (Toni Collette), doesn’t notice. After witnessing some very unusual activity, Charlie comes to an unmistakable conclusion: Jerry is a vampire preying on his neighborhood. Unable to convince anyone that he’s telling the truth, Charlie has to find a way to get rid of the monster himself in this Craig Gillespie-helmed revamp of the comedy-horror classic. The film also stars  Christopher Mintz-Plasse as Ed with Craig Gillespie directing. The upcoming 3D remake has a summer release on August 19, 2011.

What do you think of  new poster for Fright Night? Do you think this movie will do well at the box office?
Continue Reading
Advertisement
You may also like...
Related Topics:Anton Yelchin, Colin Farrell, Craig Gillespie, Fright Night, Imogen Poots, Toni Collette