The first French poster and batch of images have been released for Roman Polanski directed comedy drama “Carnage.” The film is based on Yasmina Reza’s Tony Award-winning drama, and it appears that Reza adapted it to screen with the help of Polanski. Here’s the synopsis for Carnage:

A showdown between two kids: about eleven, in a local playground. Swollen lips, broken teeth… Now the parents of the “victim” have invited the parents of the “bully” to their apartment to sort if out. Cordial banter gradually develops a razor-sharp edge as all four parents reveal their laughable contradictions and grotesque prejudices. None of them will escape the ensuing carnage.

The film, which stars Kate Winslet, Jodie Foster, Christoph Waltz and John C. Reilly, will make is debut at the Venice Film Festival next month. Carnage will be released to theaters on November 18, 2011. 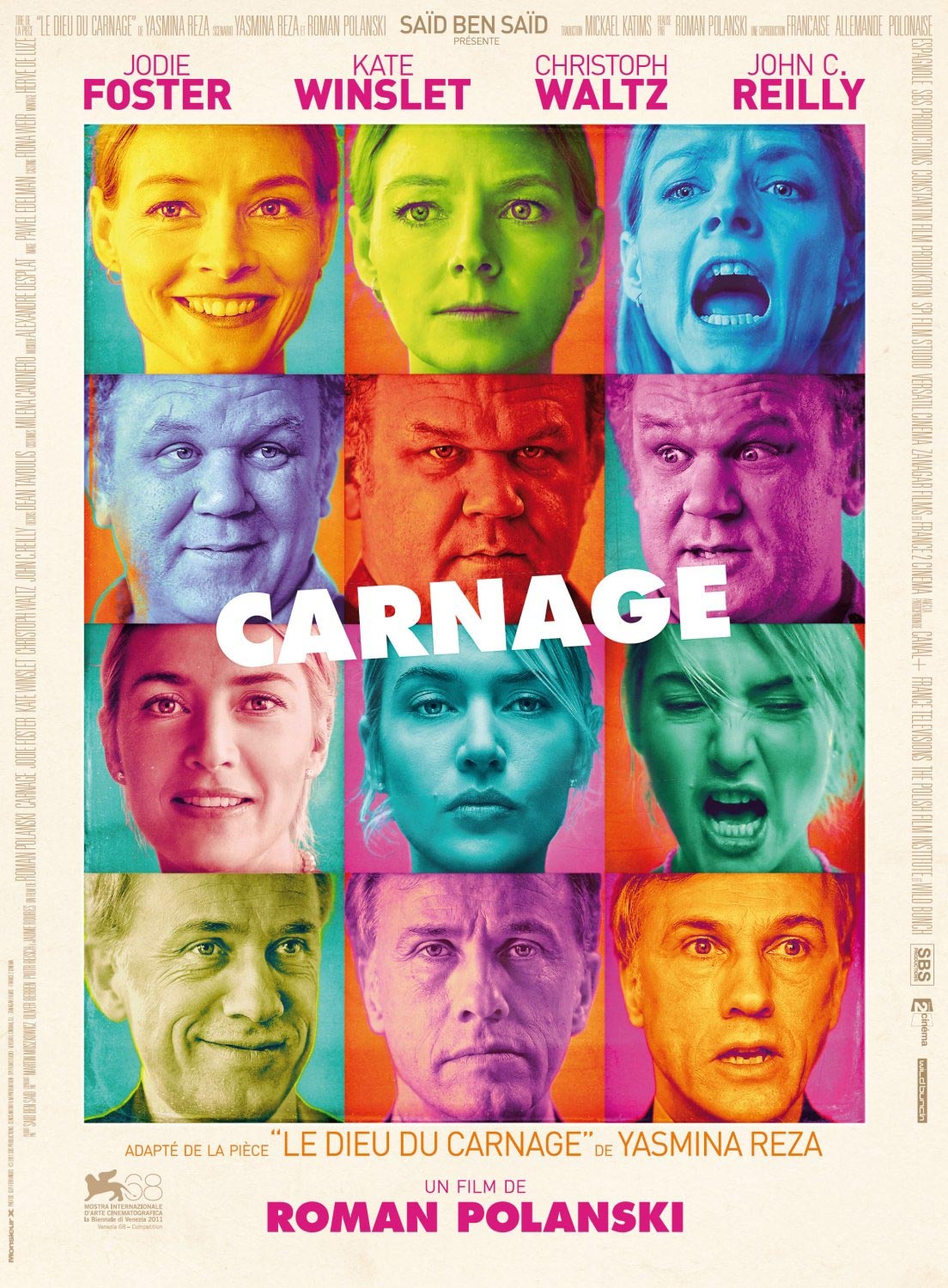