I’m very excited to be working with Michael Winterbottom again. Like 24 Hour Party People, we want to capture the life of an extraordinary man living in extraordinary times.

Winterbottom said in a statement:

The King of Soho chronicles the colourful life and times of Paul Raymond, who began his career on stage as an end-of-the-pier mind-reader and ended his life the richest man in Britain. It’s the perfect role for Steve Coogan.

Friel will play his first wife Jean, a former show dancer, Egerton will play his mistress, glamour model Fiona Richmond, and Poots will play his beloved daughter Debbie. Debbie became her father’s confidante, but she died of a heroin overdose in 1992; Raymond died in 2008 aged 82. Poots revealed:

She was very tragic. She was so clever, but addiction to drugs got her.

The screenplay is being penned by Matt Greenhalgh, who previously adapted a biography of Joy Division singer Ian Curtis into the acclaimed 2007 film Control, based on Paul Willetts’ biography Members Only: The Life and Times of Paul Raymond. [youtube]http://www.youtube.com/watch?v=Xxq-I_e_KXg[/youtube] 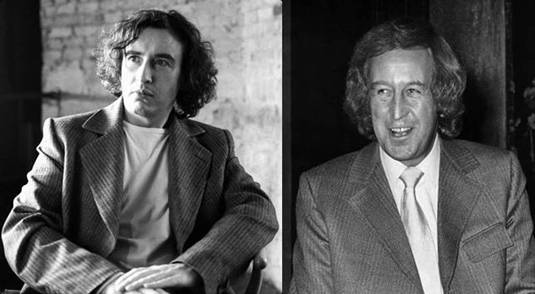