After the film screened in Venice and Toronto last year, James Franco‘s third directorial effort, Child of God has unveiled a full-length trailer, carrying with it a few critic quotes. Adapted from a 1973 Cormac McCarthy novel of the same name, film has Scott Haze in the lead, playing Lester Ballard, a backwoods young man left to his own devices whom the narrator Tim Blake Nelson describes as “a child of God much like yourself perhaps,” but who descends to the level of a cave dweller, falling deeper into crime and degradation. Check out the pretty violent trailer for the pretty violent flick about a necrophiliac killer on the loose in mountainous Sevier County, Tennessee , like it was made by film students over a couple of weekends. So I’m not surprised this hasn’t gained much traction after a festival run and still doesn’t have a release date. Take a look for yourself. Here’s the synopsis:

Set in mountainous Sevier County, Tennessee, Child of God tells the story of Lester Ballard, a dispossessed, violent man whom the narrator describes as “a child of God much like yourself perhaps.” Ballard’s life is a disastrous attempt to exist outside the social order. Successively deprived of parents and homes and with few other ties, Ballard descends literally and figuratively to the level of a cave dweller as he falls deeper into crime and degradation. 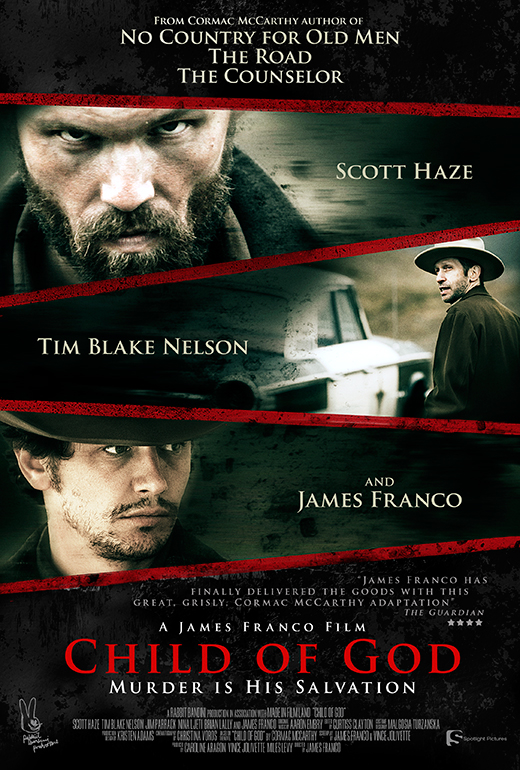 Continue Reading
Advertisement
You may also like...
Related Topics:Child of God trailer, XNEWS