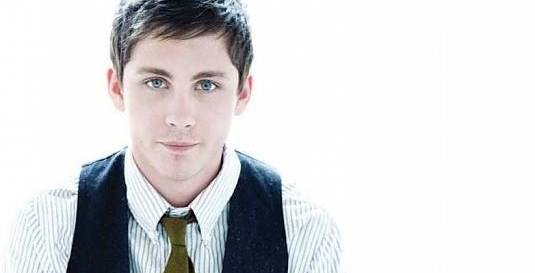 Nothing mysterious about David Ayer‘s upcoming Fury movie. We already reported that Brad Pitt and Shia LaBeouf are both set to star in this military action thriller, remember? Ok, now make some room for Logan Lerman, who’s set to star as the youngest and most inexperienced member of the crew. And they’re all on a deadly mission behind enemy lines which definitely sounds promising… Written and directed by David Ayer, the movie is set at the very end of World War II, in April 1945. But, don’t forget – we already have a promise that Fury is not your father’s WWII movie, ’cause it digs deep into the complexities of battlefield heroism. Pitt is set to play a battle-hardened army sergeant named Wardaddy who, as the Allies make their final push in the European Theater, commands a Sherman tank and her five-man crew on a deadly mission behind enemy lines. Outnumbered and outgunned, Wardaddy and his men face overwhelming odds in their heroic attempts to strike at the heart of Nazi Germany. LaBeouf will play one of the five-man tank crew, while Lorman comes on board to play a military typist named Norman Ellison, described as the youngest and most inexperienced member of the crew who is thrust into being a tank gunner. Fury is already set to hit theaters on November 14th, 2014. As usual – we’ll keep an eye on it, so make sure you stay tuned!

Emilia Clarke To Star In James Franco’s Adaptation Of THE GARDEN OF LAST DAYS!
Daniel Radcliffe To Play a Crime Reporter In TOKYO VICE!
Advertisement