Connect with us
Ok, guys, we’re here today to share with you a trailer for the upcoming It’s Kind of a Funny Story movie, directed by Ryan Fleck and Anna Boden (Half Nelson writers/directors). 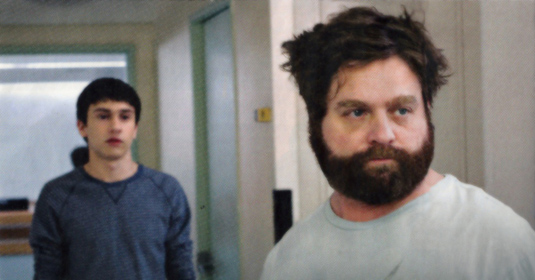 As you already see, this project includes some quite interesting names: Zach Galifianakis, Emma Roberts, Viola Davis, Lauren Graham, Aasif Mandvi and, in the lead, young Keir Gilchrist. The comedy-drama has been adapted from Ned Vizzini’s 2006 novel of the same name, and the It’s Kind of a Funny Story goes like this: “16-year-old Craig, stressed out from the demands of being a teenager, checks himself into a mental health clinic. There he learns that the youth ward is closed – and finds himself stuck in the adult ward. One of the patients, Bobby, soon becomes both Craig’s mentor and protégé. Craig is also quickly drawn to another 16-year-old, Noelle. With a minimum five days’ stay imposed on him, Craig is sustained by friendships on both the inside and the outside as he learns more about life, love, and the pressures of growing up.” Keir Gilchrist portrays 16 year old Craig, Zach Galifianakis plays above mentioned patient Bobby, and Emma Roberts stars as Noelle. Academy Award nominee Viola Davis plays Dr. Minerva, the adult ward’s staff psychiatrist; Zoe Kravitz stars as Nia, Craig’s longtime crush, Aasif Mandvi stars as Dr. Mahmoud, a hospital psychiatrist while Lauren Graham and Jim Gaffigan play Craig’s parents, Lynn and George. It’s Kind of a Funny Story is scheduled to be released by Focus Features on September 24, 2010.
Continue Reading
Advertisement
You may also like...
Related Topics:Aasif Mandvi, Emma Roberts, Lauren Graham, Viola Davis, Zach Galifianakis