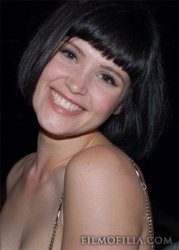 The Hollywood Reporter has confirmed rumors that British actress Gemma Arterton has been cast as the new Bond Girl in Bond 22 (rumored to be titled 007). Gemma made her film debut in the 2007 St Trinian’s movie St Trinian’s.

Production began earlier in the week, nearly a month behind the original schedule. Bond 22 is still scheduled to hit theaters on November 7th 2008. Arterton just came off of Guy Ritche’s latest RocknRolla, which will also hit theaters later this year.