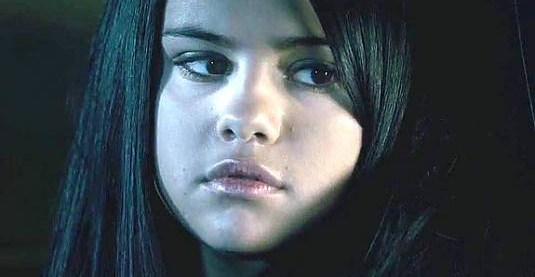 Selena Gomez and Ethan Hawke are more than ready to get in, get out and Getaway! We finally have the first trailer and poster for their upcoming action thriller which is set to hit theaters this August, and (if that means anything to you) – we definitely recommend you to take a look. One fast & furious former proffesional driver and a young woman in the wrong place at the wrong time are waiting for you in the rest of this report… In case you’ve missed our previous report where we shared the first pics from the whole thing, I will remind you that the movie is directed by Courtney Solomon, while Sean Finegan and Gregg Maxwell Parker stand behind the script which revolves around:

…a former race car driver Brent Magna pitted against the clock. Desperately trying to save the life of his kidnapped wife, Brent commandeers a custom Shelby Cobra Mustang, taking it and its unwitting owner on a high-speed race against time, at the command of the mysterious villain holding his wife hostage.

Beside Gomez and Hawke, Getaway also stars Jon Voight, Rebecca Budig and Bruce Payne, and the movie is set to hit theaters on August 30th, 2013. Click on the poster and images to enlarge & let us know what you think!