The current and former NBC’s ‘Community’ regulars, Gillian Jacobs and Chevy Chase will reunite in the Hot Tub Time Machine sequel, which will see the key cast all return, with the exception of John Cusack who will not be back for the follow-up. Jacobs has signed on for the female lead opposite Adam Scott with Steve Pink to direct once again. Lizzy Caplan was the female lead in the 2010 original film. Details about Chase’s role are being kept under wraps, but he has probably signed to reprise his mysterious hot tub repairman role in the original cult comedy. Craig Robinson, Clark Duke and Rob Corddry will be back too and Jacobs is one more great addition to this cast. According to Corddry, who spoke about the movie on the ‘Howard Stern Show‘ Hot Tub Time Machine 2 began shooting just this week. Cordy said that the group will head into the future where they’ll run into Scott, who’ll be playing the son of Cusack’s character. Jacobs recently wrapped on Walk of Shame, the forthcoming comedy from writer/director Steven Brill and she is set to return to ‘Community’ for the upcoming Season 5. The comedy vet Chase departed the cult NBC series at the end of last season after disagreement with producers, so hopefully, neither actor holds any ill will toward the other. 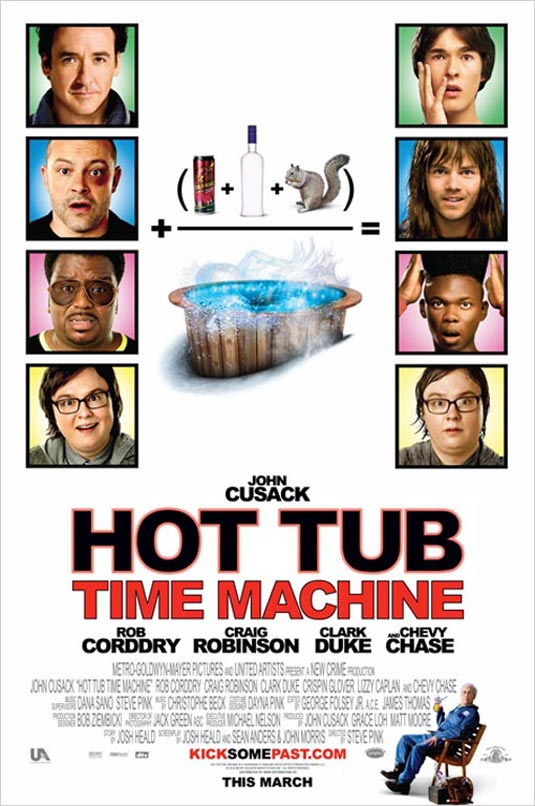