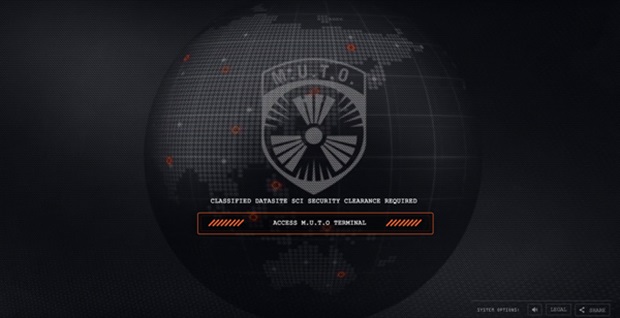 Warner Bros. Pictures and Legendary Pictures have announced that the first official trailer for Gareth Edwards‘ upcoming sci-fi reboot, Godzilla, will be unveiled on Tuesday Morning at 10 AM PST/1PM EST. With the first trailer, viral marketing has kicked in for the latest update of the Japanese ‘kaiju’ classic. They’ve released brief, distorted military-style teasers along with a viral site/company called M.U.T.O., a bit similar to Pacific Rim‘s ‘Pan Pacific Defense Corps’. Fans can input via an old school text console various commands to access information and view encrypted files, both of which are the viral clips seen below. Scripted by Drew Pearce, Max Borenstein and Frank Darabont, the cast is lead by Aaron Taylor-Johnson with Elizabeth Olsen, Bryan Cranston, Juliette Binoche, Sally Hawkins, Ken Watanabe, and David Strathairn (which voice you can hear in the ‘M.U.T.O.’ videos). In addition to the launch of a viral site, Total Film found the image, which shows M.U.T.O. trucks parked at the site of what looks to be a crater in the Earth. Godzilla is set for release on May 16th, 2014. 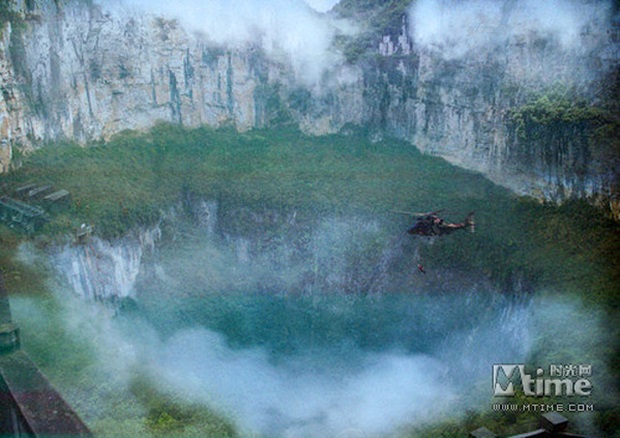 Continue Reading
Advertisement
You may also like...
Related Topics:Godzilla trailer

Mashup Of Every Movie Trailer From 2013
GODZILLA Trailer Is Here!
Advertisement