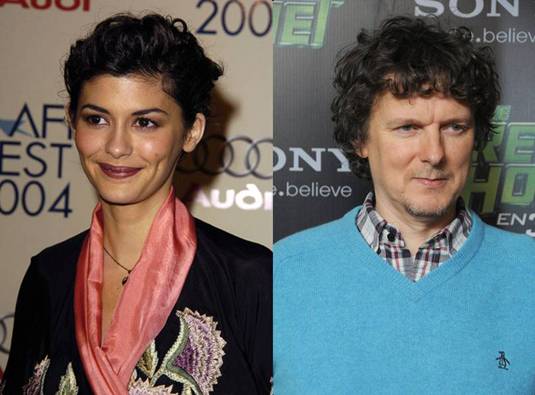 Michel Gondry, the French-born director of Eternal Sunshine of the Spotless Mind and The Green Hornet, revealed in his latest interview with the NYT that Audrey Tautou will appear in his next big movie, a French-language film.

To encourage her, he made a short asking for her attendance which hopefully turns up as a DVD extra sooner rather than later. He said:

I have a little Bolex camera. You crank to rewind it, and you shoot film – 16 millimeter. I’m doing a lot of short film in different subject. When I wanted to convince (Audrey Tautou) to be part of my next project, I did an animation of me asking her with flowers and things, and flying, and sky.”

It’s hard to say no after receiving something like that, don’t you think so?

As Gondry had planned to make The We And The I this summer, it won’t be happening right away. We learned that a new experimental project called The We & The I was born out of development on his book You’ll Like This Film Because You’re In It. It’s drama which follows 35 kids going to school on a bus. It’s about how the group affects the individual.

Busy Gondry is now the president of the short film jury at the Cannes Film Festival. Therefore, watch trailer for his documentary The Thorn in the Heart (L’Epine dans le Coeur), an intimate look at the life of Gondry family matriarch, Michel’s aunt Suzette Gondry.

Gondry and Tautou seem like an attractive cinematic match and I’m interested in hearing more details. How about you?

The Thorn in the Heart – Official Theatrical Trailer