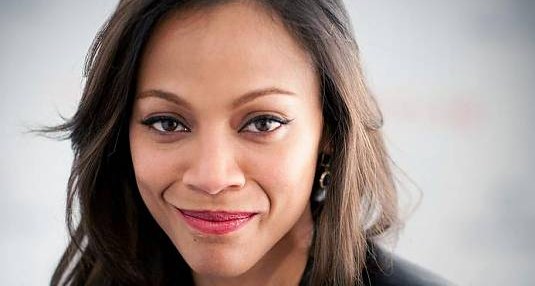 Zoe Saldana as Gamora in Marvel Studios’ upcoming Guardians of the Galaxy? Wait, you mean the green-skinned humanoid and a skilled assassin? Yeah, that one! If anyone asks – I think that Saldana is the perfect actress for the role, but the latest reports say she’s still in negotiations to join the project which comes from director James Gunn… Anyway, if negotiations work out, Saldana would jump in to play the female lead – Gamora aka the green-skinned humanoid who is the last of a species that was exterminated by a race known as the Badoon (she’s also the adopted daughter of Thanos). As we previously reported, James Gunn will direct the movie from a script he co-wrote with Chris McCoy and Nicole Periman, which is based on the Marvel comic books of the same name. It will feature an unlikely cast of characters who must team up in order to defeat a cosmic force of epic proportions. In other words – Chris Pratt is already on board to play Peter Quill aka Star-Lord, while Dave Bautista will star as Drax the Destroyer. THR adds that the superhero group will also include Groot, a giant tree-man, and Rocket Raccoon, a genetically engineered animal with a knack for guns and explosives. Guardians of the Galaxy is currently in pre-production in the UK, and the movie is already set to open on August 1st, 2014.