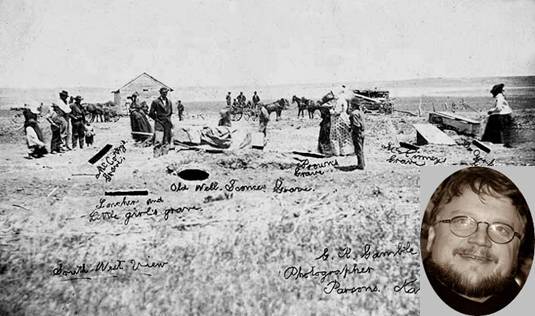 In the 19th century Southeast Kansas, in particular, was known as a rough area; in 1870, five families of ‘spiritualists’ settled in western Labette County, and one of these families were the Benders; the family soon built a small one-room framed cabin and the rest was bloody history. Now Guillermo Del Toro is going to take a new twist on that, teaming with Bryan Singer’s disciple Adam Robitel, to tell the story of an entire family that hurt people: The Bloody Benders. Robitel wrote the spec screenplay, which is based on the true story of the Bender’s, responsible for a series of murders, killing those who stayed at their inn with a complex system that involved a trap door, a blow to the head with a hammer and the disposal of the bodies on the frontier property. Here’s what  del Toro had to say:

It is a beautiful and brutal yet poetic story, based on a very famous case. If you consider America back then, it was a great transition to modernity, but on the prairie, these were huge landscapes where people traveled and days and weeks on end would pass without communication. So nothing happens, then there is this brutal murder, and then it’s back to pastoral peace and quiet. That rhythm was very attractive to me. The time was so lax back then that the sheriff would show up and say, ‘What is that odor coming through the vent that smells like decomposing flesh?’ The Benders said they didn’t know. And the sheriff said, ‘Would you mind if I take a look…tomorrow?’ Nobody was in a hurry, and that is a big reason why they got away with it.

Del Toro is expected to do a polish on Robitel’s script (like a mash-up of Fargo/Psycho/Rango) but also noted that the team is eager to move forward and place a director shortly so look for more on this one hopefully soon! 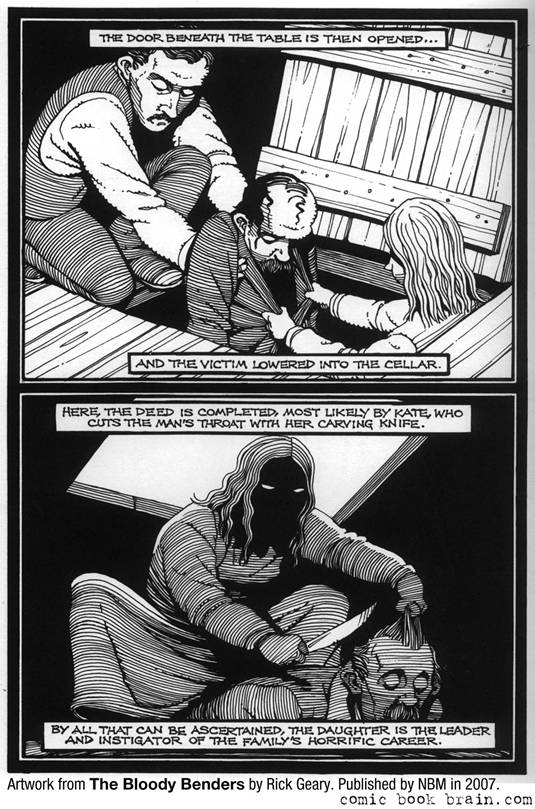