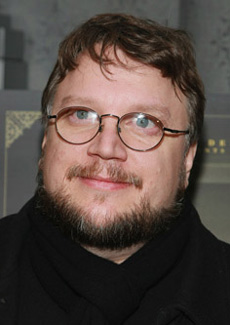 Guillermo Del Toro has announced that he’s going to write and produce a new The Haunted Mansion movie. Actually, at one moment, we all thought that he’ll be in charge for directing the whole thing as well, but guess that now that’s not an option, since he said: “Only producing and co-writing with Matthew Robbins for now. I would love to direct it if the timing allows it but I already have the next directing project ready to be announced in a week or so. Big and unexpected and full of invention. Haunted Mansion is, however, so perfect- because into it I can finally pour decades- most of my life-of admiration and veneration for Rolly Crump, Marc Davis and Claude Coats and the incredibly stylized and impossibly cool world they created. The movie I am imagining and that I dream of bringing forth is a full-on shrine to the feel we had as kids going into these E-ticket rides. For some people Haunted Mansion is just a ride for others, like me, who got caught in it at the precise age, it is almost a way of life.” Del Toro also said that the film will “focus on the Hat Box Ghost – a fixture from the original 1969 park attraction, and a figure that should make just about anyone wet themselves with fear.” Director also added: “We are not making a comedy. We are making it into an e-ticket ride. It will be scary and fun, but the scary parts WILL be scary.”
Continue Reading
Advertisement
You may also like...
Related Topics:Guillermo del Toro, Matthew Robbins