Movie Photo Gallery has been updated with set photos from the upcoming big screen adaptation of  Gulliver’s Travels. You can check out bigger versions of each by clicking them below. The story centers on Lemuel Gulliver, a free-spirited travel writer who, on an assignment to the Bermuda Triangle, suddenly finds himself a giant among men when he washes ashore on the hidden island of Lilliput, home to a population of industrious, yet tiny, people. The film stars stars Jack Black, Emily Blunt, Billy Connolly, Jason Segel, Amanda Peet, Romany Malco, Stewart Scudamore and Nikki Harrup. 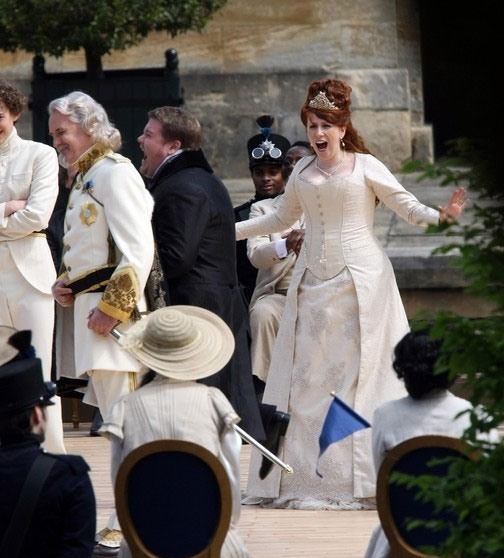 Gulliver’s Travels is being directed by Rob Letterman (Shark Tale, Monsters Vs Aliens). The screenplay was co-written by Joe Stillman (Beavis and Butt-Head Do America, Shrek, Planet 51) and Nicholas Stoller (Yes Man, Get Him to the Greek). Twentieth Century-Fox  will be bringing Gulliver’s Travels to theaters everywhere starting on December 22nd, 2010.

Two Exclusive Why Did I Get Married Too? Photos
11 New Prince of Persia Photos
Advertisement