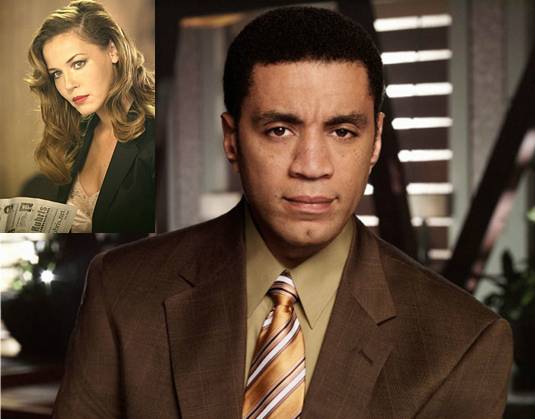 You could read a ton of stuff on the production of Man of Steel but Variety’s Jeff Sneider has confirmed that Harry Lennix is the most recent cast addition and will portray General Swanwick in Zack Snyder’s Superman reboot. Gen. Stanwick character doesn’t seem to be familiar with Superman mythology from its roots so we can’t be sure what the role will require. According to /Film he’s probably one of the high ranking American military officials that will sooner or later kneel before Zod. Still, that leaves a lot of room for guesses. However, Commander Lock in Matrix sequels is joining recently added Christopher Meloni who’ll also portray a general in new DC Comics film adaptation. However, it seems that Connie Nielsen’s cast for the role of Kal-El’s biological mother, Lara, has not been confirmed – Henry Cavill, Amy Adams, Michael Shannon, Russell Crowe, Julia Ormond, Kevin Costner, Diane Lane, Christopher Meloni and German actress Antje Traue are the confirmed stars so far. No doubt, that Christopher Nolan and Snyder have pulled something unexpected out of their hats. Lennix was last appeared in the short-termed Fox drama Dollhouse as well as the movies State of Play and Stomp the Yard. He’ll next be seen in political thriller The Algerian. Man of steel filming is expected to start in Vancouver shortly with a release targeted for December, 2012. Are you a fun of Supes or maybe Lennix, or even both of them? Ok, then check Lennix out in the trailer for State of Play along Russell Crowe, Ben Affleck and Helen Mirren. [youtube]http://www.youtube.com/watch?v=2ME87tEX9Qw[/youtube]