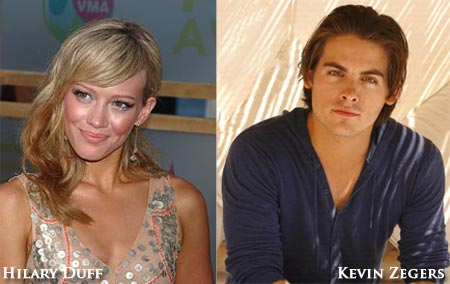 Hilary Duff and Kevin Zegers will star in indie feature “The Story of Bonnie and Clyde.” Bonnie Parker and Clyde Barrow were Depression-era lovers and outlaws whose exploits captured the public’s imagination. Variety reports that Tonya S. Holly will direct the film from her own script; the film will not be a remake of the 1967 Faye Dunaway and Warren Beatty classic. The makers are stressing that the new film is not a remake and are promising to showcase times in the couple’s lives not seen onscreen before. Holly first became interested in the story of the fugitive lovers after finding old newspaper articles about their exploits in an abandoned house on her family’s property. Duff, whose most recent feature role was “War Inc.,” has decided to address the situation by signing on to star as Bonnie Parker. Kevin Zegers, best known for brief appearances in the likes of “Dawn Of The Dead” and “Wrong Turn,” will play Clyde. Natalie Canerday and Rance Howard have also signed onto the movie “The Story of Bonnie and Clyde” will be shot in the South, with filming to take place in Louisiana, Mississippi and Alabama, although a production date has not been announced.
Continue Reading
Advertisement
You may also like...
Related Topics:Hilary Duff, Kevin Zegers, The Story of Bonnie and Clyde, Tonya S. Holly