Connect with us
There were rumors there may be a scene that crosses over from ’Incredible Hulk’ into Paramount’s ’Iron Man’. 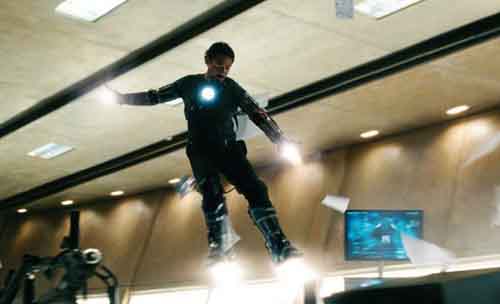 As it turns out, the rumors were indeed true. During “The Incredible Hulk” panel at the New York Comic-Con, director Louis Leterrier and actor Tim Roth showed some footage from the film that had Tony Stark (Robert Downey Jr.) walk into a bar where General “Thunderbolt” Ross (William Hurt) is getting drunk. Below is what’s said in the footage: Stark: “It smells like stale beer in here.” Ross: “You always have such nice suits.” Star: “I hear you have a little problem.” (talking about the Hulk) This news comes after “Iron Man” director Jon Favreau commented on “The Avengers,” stating that the film will eventually happen and that Downey would return to reprise his role. Thanks to: WorstPreviews
Continue Reading
Advertisement
You may also like...
Related Topics:Incredible Hulk, Iron Man, Robert Downey Jr., William Hurt