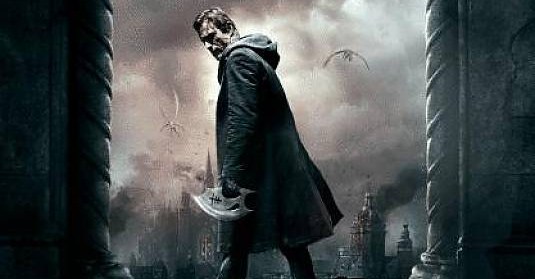 I, Frankenstein, hope you remember this horror-thriller, ’cause we finally have something new to share! The very first (motion) poster for Stuart Beattie‘s upcoming movie is waiting for you in the rest of this report, and as you’re about to see – Aaron Eckhart has a quite simple message for you today: in the battle between good and evil, an immortal holds the key. Sounds sooooooo familiar, but let’s give him a try…

Directed by Stuart Beattie, and based on the graphic novel and original screenplay by Kevin Grevioux, I Frankenstein stars Eckhart as Frankenstein’s monster named Adam who becomes involved in a war between two immortal clans in an ancient city.

Set in a dystopic present where vigilant gargoyles and ferocious demons rage in a battle for ultimate power, Victor Frankenstein’s creation Adam finds himself caught in the middle as both sides race to discover the secret to his immortality.