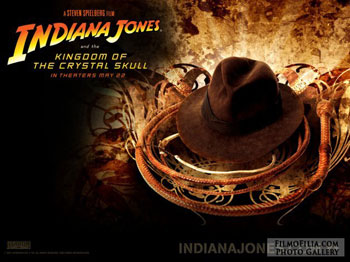 The much anticipated action film “Indiana Jones and the Kingdom of the Crystal Skull” may be making its premiere screening at the 61st Annual Cannes Film Festival. According to Fox News, the Steven Spielberg-directed movie for Paramount Pictures is more likely to make its official worldwide premiere at the upcoming French event that runs from May 14 to 25. The news site revealed that the representatives to the film’s helmer are currently in talks with the festival’s officials to put the iconic film on the Tuesday, May 20, or Wednesday, May 21 of the festival’s second week. It was further said that the film’s cast and crew, including Spielberg, Harrison Ford, Cate Blanchett, Shia LaBeouf, Karen Allen and possibly George Lucas will appear on the red carpet at at the Palais.
Continue Reading
Advertisement
You may also like...
Related Topics: