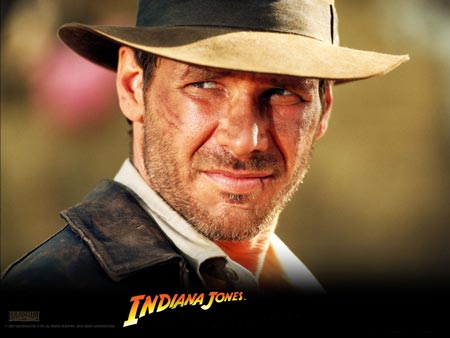 Speaking to the Los Angeles Times, Harrison Ford revealed that George Lucas is currently thinking up ideas for a “Indiana Jones 5.” Since “Indiana Jones and the Kingdom of the Crystal Skull” made $770 million worldwide, it should be no surprise that a fifth film is in the works. Apparently George Lucas is already hard at work on coming up with a story for a fifth film. Ford says, “It’s crazy but great… George is in think mode right now.” Ford added,

“It’s automatic, really, we did well with the last one and with that having done well and been a positive experience, it’s not surprising that some people want to do it again.”

He also chimed in on the success of Indiana Jones and the Kingdom of the Crystal Skull, and how that was a bit of a surprise.

“It was never a lead-pipe cinch,” Ford said. “It was a calculated business risk but I believe it paid off. I was somewhat surprised and gratified to see it did the business that it did. It was successful in almost every market. The first time we showed it to a disinterested outside audience was at Cannes. That’s a crap shoot of the first order. Not only is that audience sophisticated and film-knowledgable, it’s French! And it’s their country and their festival and we somewhat expected to be seriously slapped around. But we were not, we were embraced…it was very gratifying.”

Ford said that he would not be interested in making an animated “Indiana Jones” film, a notion that became at least a possible option after Lucas took his “Star Wars” theatrical saga into the computer-generated realm with “The Clone Wars” this summer.
Continue Reading
Advertisement
You may also like...
Related Topics:George Lucas, Harrison Ford, Indiana Jones 5