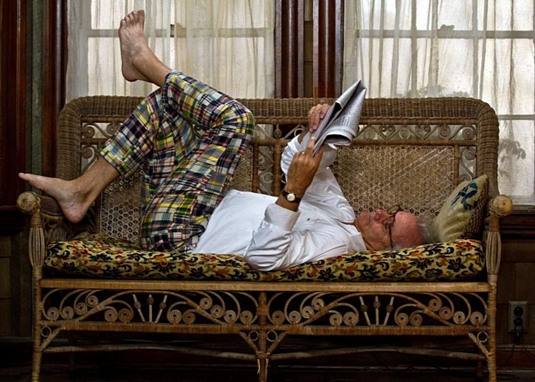 The 65th Festival de Cannes has announced that American director Wes Anderson‘s latest film Moonrise Kingdom will open the fest on May 16th in the Grand Theatre Lumiere of the Palais des Festivals. Therefore, we get the official French poster for the flick that is set to hit theaters stateside shortly after its Croisette premiere on May 25th, 2012. We get a brand new one sheet which basically combines the vintage photo promo of the cast along with the design template of the first poster which features two adolescent lovers played by newcomers Jared Gilman and Kara Hayward. Wes Anderson‘s (Fantastic Mr. Fox) new comedy was filmed on an island in New England following a young boy and girl who decided to run away together into the wilderness, and the madness of the community’s search for the pair. The film also stars Bruce Willis, Edward Norton, Bill Murray, Frances McDormand, Tilda Swinton and Jason Schwartzman. Willis plays the local sheriff, Norton is a Khaki Scout troop leader, while Murray and McDormand portray the young girl’s parents. Here’s that poster. 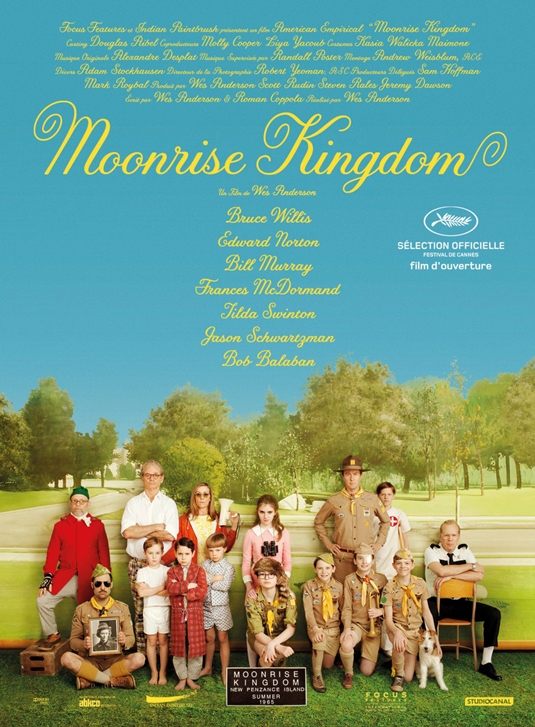