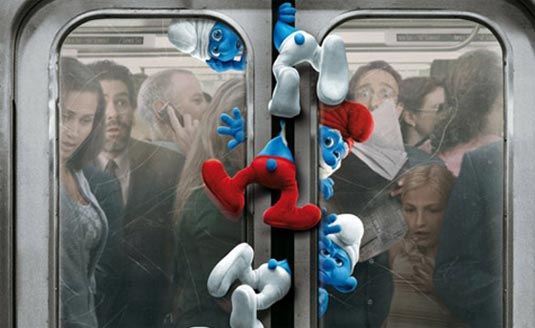 Today a new international poster for family adventure The Smurfs has been released.

In the 3D August 3, 2011 release, the evil wizard Gargamel chases the tiny blue Smurfs out of their village and they tumble from their magical world into ours – in the middle of Central Park. Just three apples high and stuck in the Big Apple, the Smurfs must find a way to get back to their village before Gargamel tracks them down.

The Smurfs is directed by Raja Gosnell. The screenplay is by J. David Stem & David N. Weiss and Jay Scherick & David Ronn, based on the characters and works of Peyo.