A second poster for the upcoming romantic/comedy “The Proposal,” starring Sandra Bullock (Speed) and Ryan Reynolds (Blade: Trinity), has been released. Sandra Bullock stars in the romantic comedy” The Proposal,” as a Canadian immigrant who creates a demanding and difficult work environment for her subordinates at the office. When the news arrives that she’s about to be deported to the Great White North, she rushes into a marriage of convenience with her… young assistant (played by Ryan Reynolds) to prevent such a catastrophe from occurring. 27 Dresses’ Anne Fletcher directs from a script by Peter Chiarelli for Touchstone Pictures. “The Proposal” will hit the theaters on June 12, 2009. 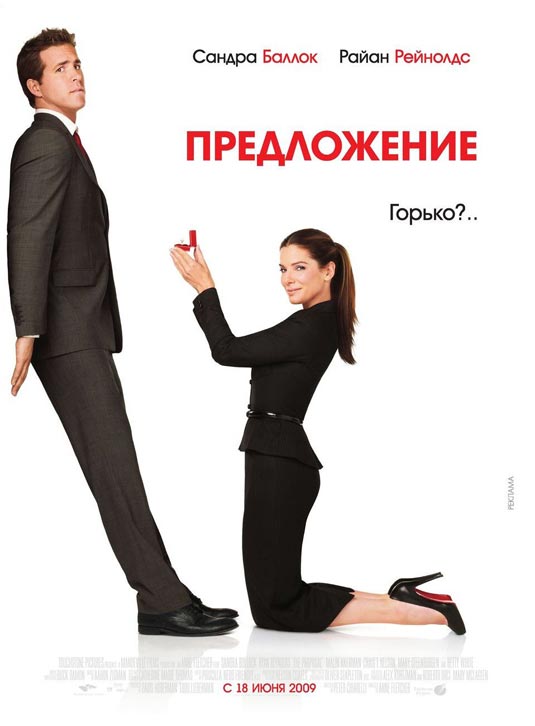