Connect with us
An international trailer for The Switch comedy, starring Jennifer Aniston, Jason Bateman and Patrick Wilson, has hit the web. 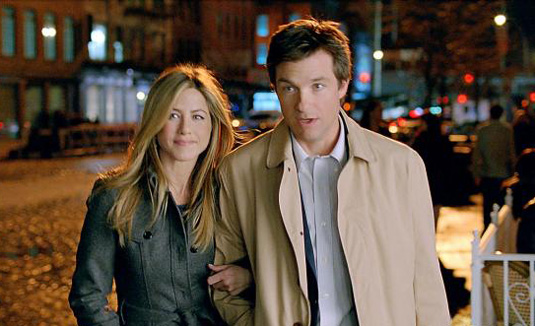 Jennifer Aniston and Jason Bateman in The Switch Aniston stars alongside Bateman in this offbeat comedy as Kassie, a smart, fun-loving single woman who, despite her neurotic best friend Wally’s (Bateman) objections, decides it’s time to have a baby?even if it means doing it by herself… with a little help from a charming sperm donor (Wilson). But, unbeknownst to her, Kassie’s plans go awry because of a last-minute switch that isn’t discovered until seven years later when Wally finally gets acquainted with Kassie’s cute–though slightly neurotic–son. The movie is directed by Will Speck and Josh Gordon from the script by Allan Loeb. The Switch which also stars Jeff Goldblum, Juliette Lewis and Thomas Robinson will open theater on August 20, 2010.
Continue Reading
Advertisement
You may also like...
Related Topics:Allan Loeb, Jason Bateman, Jennifer Aniston, Juliette Lewis, Patrick Wilson, the Switch