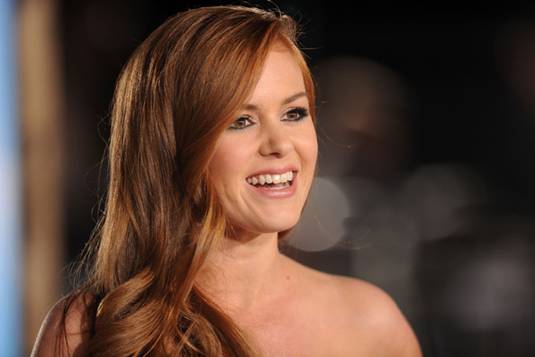 It seems that new production of Louis Leterrier heist thriller already starts developing tricks and illusions – now you see Amanda Seyfried, now you don’t. However, instead of her, you can watch Isla Fisher, who is in negotiations for the role vacated by the Red Riding Hood actress. The Now You See Me film boasts an ensemble cast, including Jesse Eisenberg, Melanie Laurent, Mark Ruffalo and Morgan Freeman. The plot finds Mark Ruffalo as the leader of a team of FBI agents dedicated to tracking down the Four Horseman, a gang of the world’s greatest illusionists that pull off a series of daring bank heists during their performances and then spread the wealth among their audiences. Jesse Eisenberg will portray the arrogant leader of the Horsemen, while Morgan Freeman and Melanie Laurent co-star as a former illusionist and a federal agent, respectively. Fisher is going to be a master technician who builds contraptions to aid in the illusion of the heists, if she will sign it. The script was penned by Edward Ricourt (Year 12) and Boaz Yakin. Furthermore, Leterrier kicks off filming Now You See Me in January. Aussie thesp Fisher, which took on the Hebrew name Ayala (in order to marry Baron Cohen, Fisher converted to Judaism) is currently down in her native country, filming the role of Myrtle Wilson in Baz Luhrmann’s 3D version of The Great Gatsby. A vet of rom-com such as Definitely, Maybe and Confessions of a Shopaholic, recently lent her voice to Rango and will next topline Desperados, a gender-swapped roadtrip comedy in the vein of The Hangover. Check Fisher out in the trailer for a 2009 rom-com film based on the Shopaholic series of novels by Sophie Kinsella: [youtube]http://www.youtube.com/watch?v=ZYYCSEV-i1Y[/youtube] Confessions of a Shopaholic – Trailer
Continue Reading
Advertisement
You may also like...
Related Topics:Amanda Seyfried, Isla Fisher, Jesse Eisenberg, Louis Leterrier, Mark Ruffalo, Morgan Freeman, Now You See Me

Denzel Washington Offered Lead In THE SECRET IN THEIR EYES Remake
Joseph Gordon-Levitt, Ryan Gosling or Alexander Skarsgard in Steven Soderbergh’s THE MAN FROM U.N.C.L.E.?
Advertisement