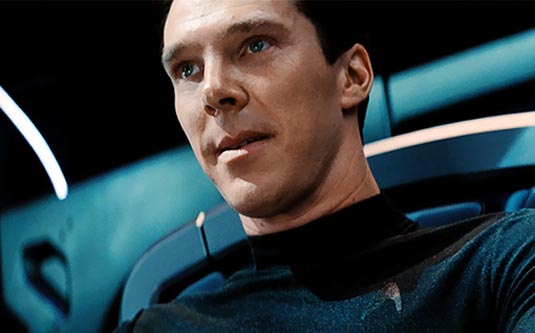 Esurance, one of the sponsors of 2009’s Star Trek, are continuing the tradition by offering a fans an inside look at the upcoming J.J. Abrams-directed Star Trek Into Darkness. Starting today, the company will be offering a variety of things for fans, such as:

– An exclusive behind-the-scenes look into the making of the next thrilling adventure for Captain Kirk, Spock and the Enterprise crew on the Esurance Facebook page. – Embrace the Darkness Sweepstakes – Esurance will send one lucky winner and a guest to the U.S. premiere of “Star Trek Into Darkness.” The winner will also receive $2,500 in travel expenses. – “The Vulcanizer” – Fans can upload and share photos of themselves magically “transformed” into Vulcans. -Downloads – Exclusive movie-themed content such as wallpaper for screensavers, icons and movie posters are available to download and share with friends.