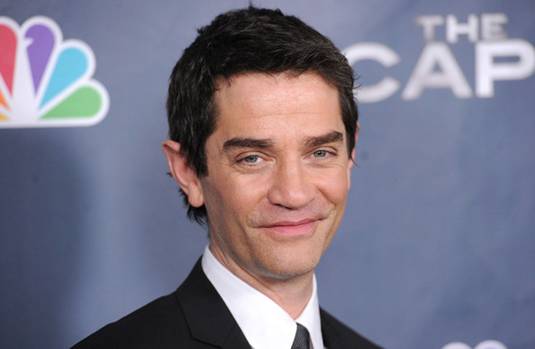 Tron Legacy’s James Frain who recently headed to the USA Network appearing on the ninth episode of Burn Notice and who was previously on True Blood and The Tudors has now signed on to join the cast of Gore Verbinski‘s upcoming The Lone Ranger. Two-hundred and fifteen million dollar adaptation of a TV western is gearing up to start shooting in about six weeks and the movie is casting up quickly. Last week vet Tom Wilkinson (Michael Clayton) has joined the cast as the main antagonist. Well,  fellow citizen Frain will play his assistant, a railroad foreman who works for the film’s chief villain, Latham Cole, overseeing Chinese and Indian workers. Verbinski (Rango) filled out his amazing cast with stars like Johnny Depp as Tonto, Armie Hammer as the Lone Ranger, Ruth Wilson as the leading lady, and Helena Bonham Carter in a supporting role. As I mentioned, British actor is best known for his roles as vampire Franklin Mott in HBO’s True Blood and Thomas Cromwell in Showtime’s The Tudors, but he has a varied career as a character actor. Furthermore, Frain has also appeared in Water for Elephants and Tron: Legacy. We still don’t know a great deal about the plot, other than the movie expected to focus on the latter character’s point-of-view in a re-envisioning of the familiar story, and the film at one point featured werewolves. . With the delays in filming in order to bring the budget down, the release date of The Lone Ranger has moved to July 3rd, 2013. As for Frain, he is also attached to Antonio Negret’s Transit, starring Jim Caviezel, as well as an action thriller by Vicky Jewson entitled Born of War. [youtube]http://www.youtube.com/watch?v=MEqk3MwnX_4[/youtube]