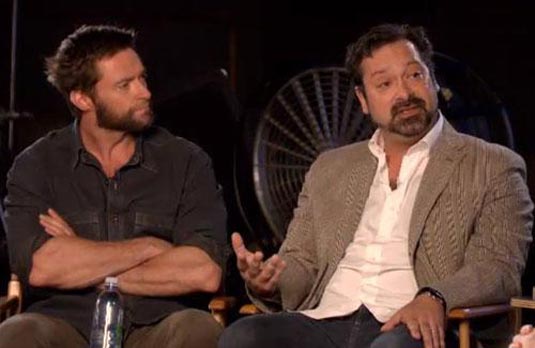 Despite the almost complete failure of X-Men Origins: Wolverine, anticipation for the sequel – The Wolverine – is extremely high, in a way thanks to the new direction being taken by star/producer Hugh Jackman and director James Mangold (Knight and Day). Mangold recently talked to Entertainment Weekly about his new take on Wolverine, including the decision to set the film after X-Men: The Last Stand, its status as a ‘semi-reboot’, Logan’s role as a ronin (a masterless samurai), avoiding the typical pitfalls of comic book movies, and more. On whether or not The Wolverine is a sequel to X-Men 3 or a ‘semi-reboot’, Mangold said:

“It’s set after ‘X-Men 3,’ but I wouldn’t call it a sequel to ‘X-Men 3.’ You have a choice the second you enter a world like this with a huge amount of comic books, backstories, three movies, a ‘Wolverine’ origin movie … You have decide where you’re going to exist in relation to all these other things, particularly if you’re working with an actor who actually played the character in other films.”

Hugh Jackman has already revealed that a character from the previous film would be making a cameo. We reported a while back that Famke Janssen was on the set of The Wolverine, but, if true, it’s possible that her appearance could be part of a flashback or dream sequence. On why The Wolverine was set after X-Men 3:

“Because of some of the themes in the Claremont/Miller saga. I felt it was really important to find Logan at a moment where he was stripped clean of his duties to the X-Men, his other allegiances, and even stripped clean of his own sense of purpose. I was fascinated with the idea of portraying Logan as a ronin – the definition of which is a samurai without a master, without a purpose. Kind of a soldier who is cut loose. War is over. What does he do? What does he face? What does he believe anymore? Who are his friends? What is his reason for being here anymore? I think those questions are especially interesting when you’re dealing with a character who is essentially immortal.”

Some of the most memorable Wolverine comic book stories involve the character as a ronin of sorts – the aforementioned Claremont/Miller saga and Larry Hama’s Wolverine run in the aftermath of the crossover ‘Fatal Attractions’, where Magneto stripped adamantium from Wolverine’s skeleton. In that story, Wolverine had to cope with a regular skeleton as well as a completely broken healing factor. On the benefits of making a sequel instead of the first in a series of superhero films:

“For me, watching this decade of superhero films and having not participated while I was making other movies, what was interesting to me – and it had not been done, with a few exceptions – was to be free to tell a real story of an immortal character. Too often these films are burdened with origin stories that produce a very unwieldy script, because you spend half the film creating the character and then you only have half the film to then tell a story about the character. When stepping into a franchise, one of the scary things – for a person in my position – is that it’s like directing the fourth episode of a TV series, and everything is on autopilot. They’re doing what they’re going to do, and what are you really going to bring to it?”

Indeed, one of the more tiresome things about the yearly ‘supply’ of superhero films is that, with few exceptions, they pretty much tend to follow the same basic formula: origin, bad guy, stop bad guy. Obviously, there’s a bit of leeway to do lots of things within that formula, but it’d be nice to see some superhero movies give up the typical origin, begin the story somewhere in the middle and explore other genres and plots somewhat unknown to ‘the superhero movie’. On avoiding the typical pitfalls of the modern-day superhero film:

“A fantasy film is often improved by some kind of human reality. What makes them hard to sit through is that the modern-day tentpole film has become a lot of fast cutting and an incredible amount of money spent generating effects. What are we left with? We’re left with what we see – a kind of inundation, a head-banging barrage in which they keep turning the volume up on the mix, and flying things at you faster in the hope that it keeps you in your seat. For me, the idea of making a film with hardcore action, with physical action like I grew up reading in the comic books, but also with a heart – and this character has great heart – to me, it’s no different from making a western. Or a cop film.”

James Mangold seems to have quite the right idea – just because you’re making a movie about a superhero doesn’t mean you have to make a ‘superhero movie’. Why can’t a superhero movie be a mystery or a buddy-cop film (or whatever is your preference)? On what we can expect from The Wolverine that we didn’t get in X-Men Origins: Wolverine:

“What I felt like I hadn’t seen as a comic book fan, was I felt I hadn’t seen Logan and his rage. That sense of darkness. Without getting into the [2009] ‘Wolverine’ movie, which is an origin story, with the ‘X-Men’ movies he’s part of a team, so he gets little scenelets, but they’re essentially team movies. The liberty I have making a film like this is I can find him.  I’m not cutting away to catch you up on any of the Thunderbird team members. It’s his emotional experience, his trajectory, his sense of loss, and his own ambivalence about his powers and talents.”

In other words, this Wolverine movie will be more like a character study than any of the previous films featuring the character. Shut up and take my money! I was one of the people who was pretty disappointed when Darren Aronofsky left The Wolverine, because I really thought that the co-op of the two would likely have yielded a ‘superhero movie’ unlike any superhero movie we’ve seen so far. Fortunately, it seems that James Mangold’s goal is to do just that. Now we need to wait a few more months and see if it turns out to be everything we hoped it will be.