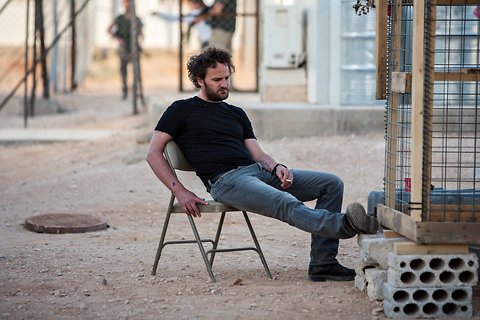 Zero Dark Thirty star Jason Clarke has inked a deal to play the lead human in the upcoming Dawn of the Planet of the Apes, the Matt Reeves-helmed follow-up to the 2011 reboot Rise of the Planet of the Apes, which starred James Franco. Dawn is set some fifteen years after Rise, with Andy Serkis reprising his motion capture role as the hyper-intelligent ape Caesar as he fights to maintain control of his Monkey Rome civilization, and there’s also said to be a group of scientists who are struggling to survive alone in post-ape-ocalyptic San Francisco. The script is currently being written by Mark Bomback (Total Recall, The Wolverine). Dawn of the Planet of the Apes is targeting a spring shoot for release on May 23rd, 2014. First Planet of the Apes sci- fi adventure from 1968 starred Charlton Heston, and spanned a number of sequels, a TV spin-off, an animated series to 2001s Tim Burton remake. In 2011, 20th Century Fox produced a reboot to the original series, called Rise of the Planet of the Apes and directed by Rupert Wyatt. As for Clarke, he was recently seen in John Hillcoat’s crime drama Lawless, and will soon appear in Baz Lurhmann’s 3D adaptation of The Great Gatsby.

Christian Bale In Talks To Star In Baltasar Kormakur’s EVEREST
Jennifer Lawrence Reteams With David O. Russell For THE ENDS OF THE EARTH!
Advertisement