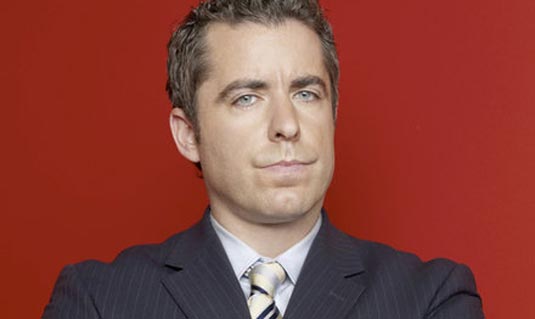 We already had a little chat about Jonathan Sobol‘s The Black Marks heist comedy, so by now you should know this project has quite interesting cast on board. Movie already stars Kurt Russell, Matt Dillon and Jay Baruchel but according to the latest reports Jason Jones will join them as well! Anyone surprised? Well, who cares, after all Jones comes on board to play an Interpol agent in a movie that centers on Crunch Calhoun (Russell), a third rate motorcycle daredevil and semi-reformed art thief, who agrees to get back into the con game and pull off just one more lucrative art theft with his untrustworthy brother Nicky (Dillon). Crunch then reassembles the old team and comes up with a plan to steal a priceless historical book, but the successful heist leads to another, far riskier, plan devised by Nicky. What the brothers don’t realize is they each have their own agenda and their plan goes awry in this con movie about brotherhood, honor and revenge. Anyway, The Black Marks is currently filming in Toronto, so we definitely expect more updates on this one as soon as possible. Make sure you stay tuned!
Continue Reading
Advertisement
You may also like...
Related Topics:Jay Baruchel, Jonathan Sobol, Kurt Russell, Matt Dillon, The Black Marks