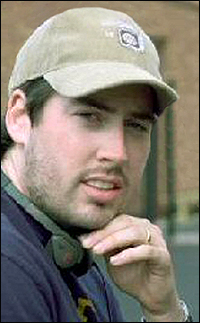 The director of the drama comedy “Juno” Jason Reitman is said to be handling a new comedy project and this time, he will be working together with comic genius Jim Carrey. According to Hollywood Reporter, Reitman has come aboard “Pierre Pierre” as the co-producer, while Carrey will topline the Fox Atomic’s movie. In the producer seat, Reitman will be assisted by his Hard C partner Dan Dubiecki as well as Escape Artists’ Todd Black and Jason Blumenthal. It was reported that the “Thank You for Smoking” director is also attached to be director of the film that resolves around a self-indulgent French nihilist who is delegated to bring back a stolen Mona Lisa, while he is in the process of cherishing his native country once again. Reitman, who is nominated for Oscar for his work in “Juno”, is in pre-production of the comedic horror thriller “Jennifer’s Body” in which he serves as the producer. Carrey can recently be seen in drama mystery “The Number 23”. His upcoming feature film projects include animated adventure “Horton Hears a Who!” to be released on March 14 and comedy film “Yes Man” bowing in theaters in mid-December.
Continue Reading
Advertisement
You may also like...
Related Topics:Jason Reitman, Jim Carrey