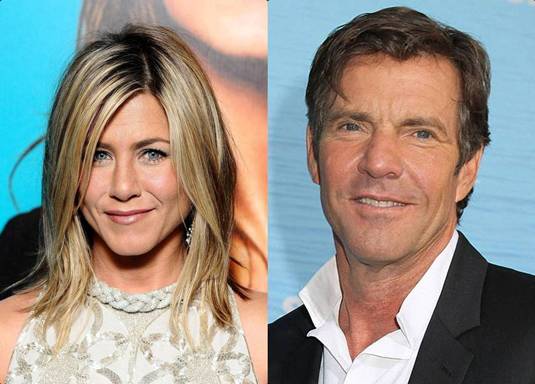 Crime drama, Switch, which will not actually serve as a prequel to Quentin Tarantino’s Jackie Brown, has more big names in talks to join Ty Burrell, John Hawkes and Yasiin Bey (Mos Def). The latest actors in talks to sign on for Dan Schechter‘s adaptation of Elmore Leonard‘s novel of the same name are Jennifer Aniston and Dennis Quaid. Hawkes and Bey are set as younger versions of Louis Gara and Ordell Robbie, the less-than-successful criminals played memorably by Robert De Niro and Samuel L. Jackson in Brown. Gara and Robbie elaborate a scheme to kidnap Mickey Dawson (Aniston), the wife of a corrupt Detroit real estate tycoon (Quaid). But he refuses to pay the sum to get his wife back and Dawson in turn hires the two crooks to help her get revenge on her husband. Modern Family’s Ty Burrell is also aboard as Marshall Taylor, a married a guilt-riddled country clubber with a huge crush on Mickey who sees her get snatched and then hesitates about whether he should try to help. No doubt, Switch is something new for Aniston, certainly a far cry from something like her last year’s comedy of the same name that’s much familiar on her resume. Film will start shooting in May, while Aniston will next appear alongside Paul Rudd in Wanderlust, which hits theaters on March 2nd 2012. Quaid’s ensemble comedy drama What to Expect When You’re Expecting is set to arrive on May 23rd, 2012. So, watch just uploaded Wanderlust red band trailer below: