Jeremy Piven and Thomas Jane have signed on to star in the upcoming Mark Pellington‘s thriller I Melt With You. 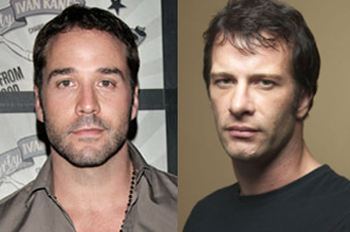 At this moment not much is known about this project, but at least director Pellington described it as a story “about four guys and deals with mortality, aging and friendship. It is very dark and very low budget.” This sounds interesting, sign us in!

So, the film is based on a Glenn Porter script that is (again) based on a story by Porter and Pellington.

It follows “the interconnecting lives of four men”, it is scheduled to begin shooting in August (yes, very soon!) and has a budget of less than $1 million. Pellington said that the movie will be shot on small cameras at a low cost, but he also added:

“I am 48 and found a dearth of films that speak to my life experience…Where is my generation’s version of Cassavetes’ Husbands? It is hard to get anything idiosyncratic made for a budget.

I have been shooting music videos on small cameras at low cost and wanted to apply it to a film. This is about four guys and deals with mortality, aging and friendship. It is very dark and very low budget. I have nothing against the larger budget movies I have made. I just want to make movies and doing it this way improves my chances.”

Well, as we said, with Piven and Jane involved in the whole thing, this could be something fresh and interesting to watch.

We’ll definitely keep an eye on this project, so with every new detail about I Melt With You, we’ll be back. Stay tuned!