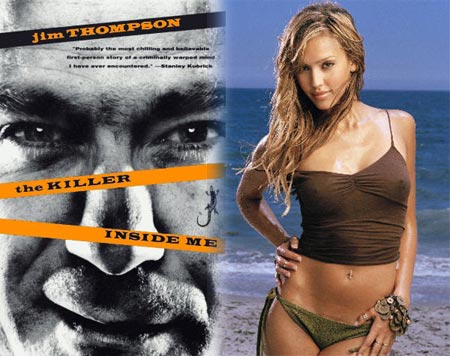 Casey Affleck (Gone Baby Gone) and Jessica Alba are teaming with director Michael Winterbottom (24 Hour Party People, A Mighty Heart) for film adaptation of “The Killer Inside Me,” the classic novel by Jim Thompson. The story follows a West Texas sheriff named Lou Ford, played by Affleck, and his downward spiral from a boring small-town cop into a ruthless, sociopathic murderer. Alba plays a prostitute that he gets involved with. The book was first published in 1952 and was actually made into a film in 1976 that starred Stacy Keach. The adaptation was penned by Robert Weinbach and John Curran (Down Rusty Down). Winterbottom will be directing, based on a screenplay by Weinbach and John Curran. MuseFilm’s Chris Hanley, Cyclone Prods.’ Robert Weinbach, Revolution Films’ Andrew Eaton and Bradford Schlei are producing the latest adaptation which is expected to begin shooting in mid-January.
Continue Reading
Advertisement
You may also like...
Related Topics:Casey Affleck, Jessica Alba, Michael Winterbottom