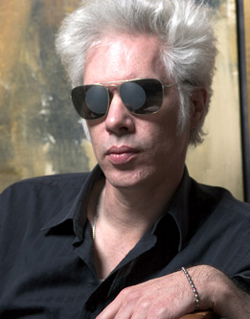 Today, we’re here to share some information about Jim Jarmusch‘s upcoming projects, because, trust us, this director is quite busy nowadays! So, probably the most interesting one and his highest priority at this moment is (yet) untitled “dramatic” movie that will star Tilda Swinton, Michael Fassbender and Mia Wasikowska. In an interview, Jarmusch revealed: “I have a new film project that’s really foremost for me that I hope to shoot early next year with Tilda Swinton, Michael Fassbender and Mia Wasikowska, who was Alice in Wonderland in Tim Burton’s film. I don’t have that quite financed yet, so I’m working on that.” We must say that this cast looks great, especially with Tilda Swinton on board, because, let us remind you that this would be Swinton’s third collaboration with Jarmusch, after a supporting role in Broken Flowers and appearance in The Limits of Control. On the other hand, Jarmusch mentioned his involvement in a Stooges documentary, as well as an upcoming opera, saying: “I’m working on a documentary about the Stooges. It’s going to take a few years. There’s no rush on it, but it’s something that Iggy Pop asked me to do. I’m co-writing an ‘opera.’ It won’t be a traditional opera, but it’ll be about the inventor Nikola Tesla, with the composer Phil Kline.” This sounds great, interesting or what? Whatever! We’ll definitely keep an eye on his work!
Continue Reading
Advertisement
You may also like...
Related Topics:Jim Jarmusch, Mia Wasikowska, Michael Fassbender, Tilda Swinton