With the release of Star Trek Into Darkness only a few months away, director J.J. Abrams is bound to be showered with countless questions about Star Wars: Episode VII as he starts to make the Star Trek press rounds. Considering all that, it is understandable that the director was rather silent regarding his involvement in Star Wars franchise, but he recently opened up a bit more to Empire during what appears to be a wide-ranging interview. Read more after the jump. It’s no secret that Abrams wasn’t the biggest fan of Star Trek when he took to helming the series’ reboot in 2009, so Empire asked him how he’ll be able to keep the same objectivity with Star Wars, of which he is a very big fan:

“I don’t know because we’re just getting started. So it’s a great question that I hope I’ll have a good answer to when I know what the answer is. There are infinitely more questions than answers right now, but to me, they’re not that dissimilar. Though I came at these both from very different places, where they both meet is a place of ‘Ooh, that’s really exciting.’ And even though I was never a Star Trek fan, I felt like there was a version of it that would make me excited, that I would think ‘that’s cool, that feels right, I actually would want to see that.” 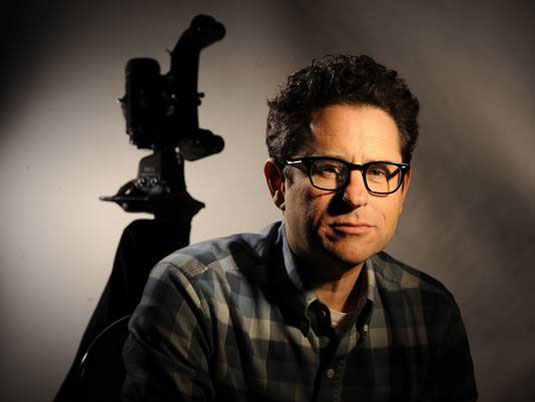 What Abrams had to say about his approach to the new Star Wars film as a massive fan and the similarities with his take on Star Trek:

“I feel like I can identify a hunger for what I would want to see again and that is an incredibly exciting place to begin a project. The movies, the worlds [of Trek and Wars] could not be more different but that feeling that there’s something amazing here is the thing that they share.”

When Abrams was announced as the director of Episode VII, it wasn’t really a surprise to any of us, since he popped up on many fan shortlists back when Disney and Lucasfilm first announced a new Star Wars movie, but last November he publicly claimed that he had turned down the gig. Obviously he had a change of heart, and he said on this:

“My knee-jerk reaction was that I’m in the middle of working on the Star Trek movie and I can’t even consider it. But then time went by and I got further along working on the movie and getting to a place where I had done most of the heavy lifting. So when I met with Kathy Kennedy we just started discussing it and I was able to actually engage in the conversation. I went down to tell Katie, my wife and I said ‘I had just a very interesting conversation with Kathy.’ That was the beginning.”

For more of the interview, visit the Empire website. The entire interview with Abrams will be available in the next issue of the magazine, which hits stores next week on March 28th.