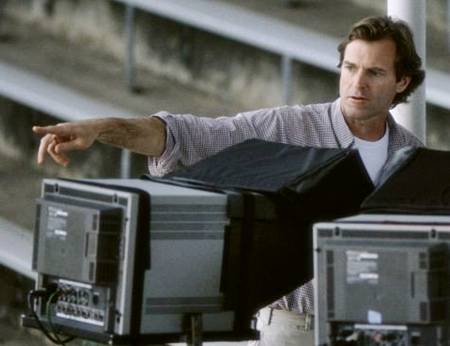 This time the mouse is sniffing around the house for the rights to Black List script Saving Mr. Banks, which follows the intriguing story behind the making of Mary Poppins. The Blind Side’s John Lee Hancock is negotiating with Disney for a Kelly Marcel-penned true-life story about Walt Disney‘s acquisition of the Mary Poppins story. Walt spent 14 years to persuade Australian author P.L. Travers down on the idea to adapt her iconic magic nanny character. Now, Disney didn’t waste so much time and The Company is near a deal to acquire the Black List script. Marcel, best known as a writer/producer on Fox’s Terra Nova, focuses on the woman who wrote the ‘Mary Poppins’ books beginning in 1934 and her fierce apprehension and later regret about bringing the character to the screen. The 1964 family movie starred Julie Andrews as Poppins, Dick Van Dyke as Bert and David Tomlinson as Mr. Banks and scored 13 Oscar nominations and four wins. But, despite the critical and box office success of the movie, she hated the animated portions as much that she refused Disney the rights to any of her other works. Disney is enthusiastic on getting this one into production this year and the likes of Tom Hanks and the great Meryl Streep as Disney and Travers have been in the wind. Hancock is currently working on crime drama Highwaymen and on adaptation of Grisham’s The Partner, but if he does sign on Banks, everything changes. [youtube]http://www.youtube.com/watch?v=kTXnjlh6U14[/youtube]