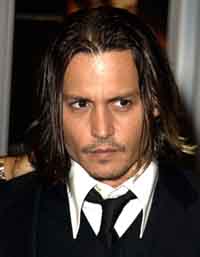 Terry Gilliam had to abandon filming on “The Man Who Killed Don Quixote” after a series of accidents forced insurers to pull the plug.

But Gilliam returns to the film project with Johnny Depp. He is hopeful the project can be recovered, eight years after filming first began.

“As far as we’re concerned, it’s on,” Gilliam told the Independent.

“When Johnny’s ready, we’re ready. We’re just talking about dates to film. Basically it all depends on his schedule but otherwise we’re set. It will be next year some time, before next summer anyway.”

“We’re going to completely re-shoot it,” he told. “The intervening years have taught me that I can actually write a much better film. I’m excited it’s going to get done at last.”

Gilliam had serious problems earlier this year – his “The Imaginarium of Doctor Parnassus” was put on hold due to the death of the leading man, Heath Ledger.