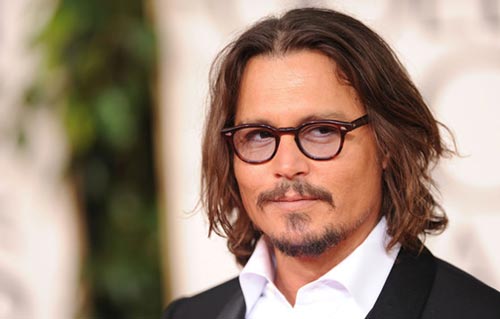 Johnny Depp is a “surprise guest star” in an upcoming Adam Sandler‘s comedy titled Jack and Jill. Surprised? You won’t full me this time! I mean, c’mon, like previously announced Al Pacino has not been enough of surprise for you? So, in an interview with MTV director Dennis Dugan revealed that: “There’s a secret guest star, but I can’t say who it is”, but then he admitted: “Johnny Depp.” And, when something like this comes straight from a director – then it’s no longer just a rumor. So, there you go! Let me remind you that Jack and Jill centers on a lady named Jill (Sandler) who turns up at her twin brother Jack’s (Sandler) Thanksgiving dinner and then won’t leave. And, while we’re still at Sandler’s characters, check this out – when asked what Adam looks like as a woman, director Dugan replied by saying that he doesn’t look anything like his Just Go with It co-star Brooklyn Decker. That’s a… relief? Jack and Jill also stars Katie Holmes as Sandler’s wife while Pacino would star as himself as well as Shaquille O’Neal who is set to make “a very small cameo” in the film. The script has been penned by Steve Koren, Robert Smigel and Ben Zook, and Columbia Pictures will finance and distribute, and the movie will be released sometime in 2011! Depp and (two) Sandler(s) in one movie – let us know what you think!
Continue Reading
Advertisement
You may also like...
Related Topics:Adam Sandler, Al Pacino, Dennis Dugan, Jack and Jill, Johnny Depp, Katie Holmes

Rooney Mara in Emanuel And The Truth About Fishes
Matt Damon and Ben Affleck for Kevin Smith’s Hit Somebody?
Advertisement