Seven years after its Toronto Film Festival Midnight premiere, Jonathan Levine‘s very first film All the Boys Love Mandy Lane is finally getting released in the US. The horror flick which impressed audiences at the 2006 TIFF was finished before The Wackness, 50/50 and Warm Bodies, all those movies you are familiar with. The Weinstein Company purchased it, but for some strange reason locked it up indefinitely. This time Radius-TWC, the digital arm of The Weinstein Company, acquired the rights and plans a late summer release. The indie horror has already been released to home video. Levine said in a statement:

I am thrilled that Mandy Lane has been rescued and is back where it belongs with Harvey and Bob. Hard to believe it’s been seven years, but then again I’ve always perceived myself as a misunderstood artist who was light years ahead of his time, so I am thrilled the world has finally caught up. Seriously, I am incredibly proud of the film and of the hard work that my cast and collaborators put into it, and I am so happy the world will finally get a chance to see it.

Check out the trailer and poster for the film that really lays it out pretty nicely, starring Amber Heard and Anson Mount. Here’s the synopsis:

Starring Amber Heard and Anson Mount, ALL THE BOYS LOVE MANDY is about a group of high-schoolers who invite Mandy Lane, “a good girl” who becomes the object of everyone’s affection after returning from summer break, to a weekend party on a secluded ranch. While the festivities rage on, the number of revelers begins to mysteriously drop one at a time. 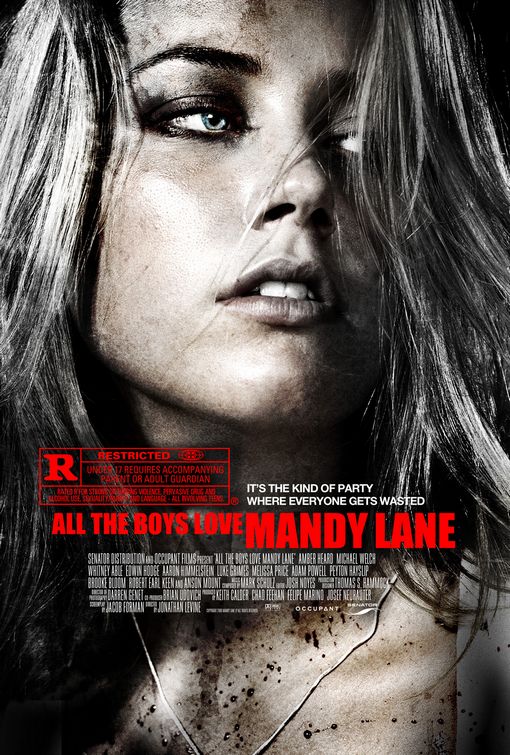