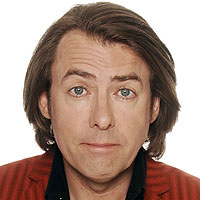 Jonathan Ross (Friday Night with Jonathan Ross (BBC)) says the Sex and the City movie is so emotional that he blubbed his way through it.While interviewing its star Sarah Jessica Parker on BBC1 tonight, he reveals: “I’m not too butch to admit I cried several times.” Sarah, 43, quashed rumours of on-set feuding between her and co-stars Cynthia Nixon, Kristin Davis and Kim Cattrall. She said: “I love those women, I wouldn’t have wanted to do it with anyone else. I think they are marvellous.”
Continue Reading
Advertisement
You may also like...
Related Topics: