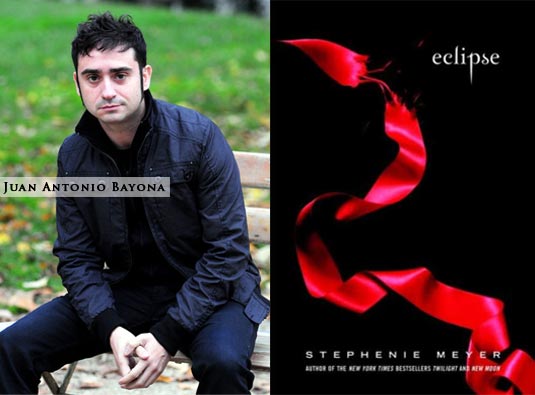 Word going around last week was that Drew Barrymore, James Mangold and Paul Weitz were al in consideration to direct Eclipse. Now that may turn out to be false as well. According to The Hollywood Reporter, Guillermo del Toro protege Juan Antonio Bayona, director of the acclaimed Spanish-lanague horror film “The Orphanage“, is one of the finalists for the gig. Summit Entertainment declined to comment about Bayona directing the film, with a rep adding that the studio is still looking at several candidates to helm the project. The second movie in the Twilight saga, “New Moon,” will begin production this year with Chris Weitz at the helm. In “New Moon,” Edward leaves Bella, sending Bella into a depression and a friendship with a werewolf. In the third book, “Eclipse,” that relationship triangle evolves, while evil empires begin to pursue Bella. [source: THR]
Continue Reading
Advertisement
You may also like...
Related Topics:Chris Weitz, Drew Barrymore, Guillermo del Toro, Juan Antonio Bayona, Paul Weitz, The Twilight Saga Eclipse