The upcoming Andy and Lana Wachowski-directed sci-fi thriller, Jupiter Ascending is currently shooting in London, and we have our first set photos A chase scene at London’s Natural History Museum reportedly involves a skate ramp that jumps over a giant dinosaur. We’ve got some powdered wigs worn throughout Europe during the eighteenth century, but had their clothes tailored in Southeast Asia as well as guys with black paint on their noses, mouths and ears. The possibilities are truly mind-boggling. The film follows Jupiter Jones (Mila Kunis), a lowly Russian maid who has to scrub toilets for a living, but then discovers she’s actually next in line to become Queen of the Universe. Channing Tatum co-stars as a genetically engineered ex-military hunter who must track her down. We also get a look at the logo thanks to a shot of the director’s chair (above). Co-starring Sean Bean, Eddie Redmayne, James D’Arcy and Doona Bae, Jupiter Ascending hits theaters on July 25th, 2014. Check out the set photos below. 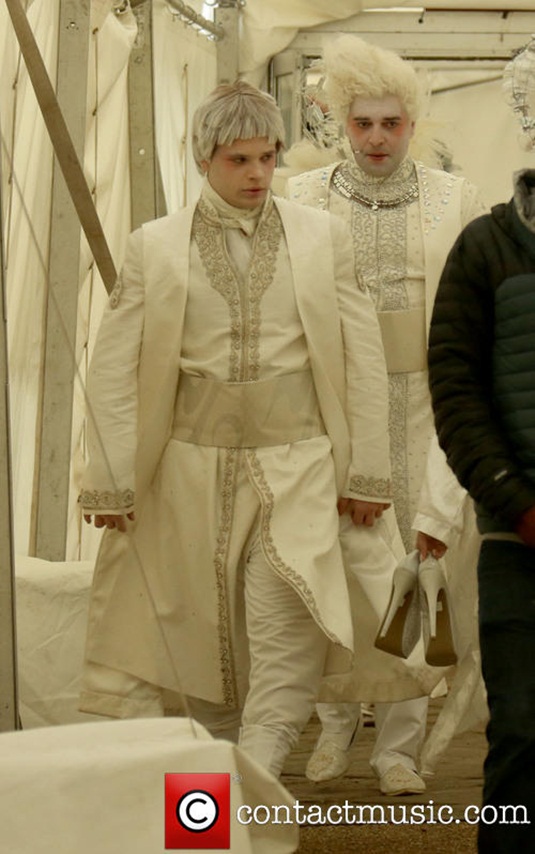 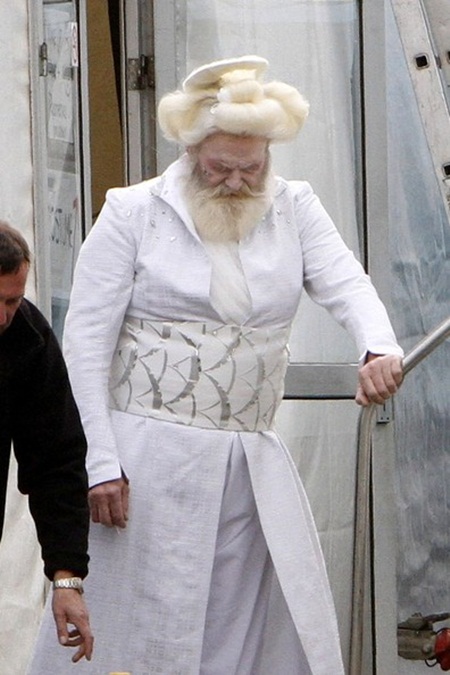