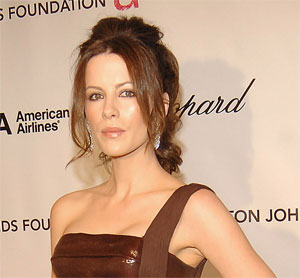 British actress Kate Beckinsale has vowed not to take any more glamorous movie roles – declaring her time as a “sex-bomb” is over. The 34-year-old star began her acting career in Kenneth Branagh’s 1993 version of Much Ado About Nothing but graduated to action-packed adventures including Underworld and Van Helsing. But Beckinsale is now determined to turn her career around and prove herself as a serious actress. She says, “The sex-bomb thing is totally fun but you want to take the red shoes off sometimes. I’ve been wanting to do something more dramatic. I don’t regret any of my movies but I do have a certain embarrassment about one or two of them.”